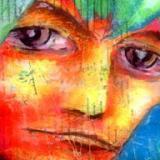 dima ilunga
Offline
0
Hello.
After the addition of the song via the menu item 'Form Song Layout', always creates a new album - with the name of the song or dublicate of existing album if the song tags contain the album name. I need to add the song in the existing album without creating it`s double. How to do that?
Responses (5)
Your Reply