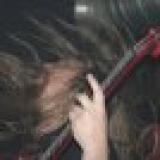 Appie Thrasher
Offline
0
So my last one for now

I have my server given the exact dir structure as i am using in the song dir. with uploading.
My thought was to use the server url: http://mfh.asuscomm.com/ as the server adress and than the files would be picked up..
But it doesn't so what am I missing or doing wrong..