Trying to delete a song ;) 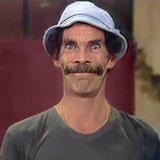 dj_proto87
Offline
0
Hi germi! first of all thanks for this beatiful component!

See.. I was trying the last modification I need for launch my site (I´ve been working for a year, you know it very well

)
But I got stuck in this

I know the clue is the /administrator/components/com_muscol/tables/song.php

I use chmod to the files for them to be available to delete right?
So before the two lines move_uploaded_file... I try:

I think the problem is not the $path... is the after $this part...
Could you help me my friend??
Responses (3)
Your Reply